One of Murrell & Pigott’s largest and most well-known commissions came in 1931, when Wandsworth Council appointed the practice to design and lay out The Fieldview Estate – the north-eastern section of the Magdalen Park Estate.

Mostly brown brick or render two-storey maisonettes, the area has a harmonious appearance due to the harmony of materials and architectural features used around the estate. The buildings have plain clay tiled roofs which are hipped at the ends, and windows were originally white painted timber casements with glazing bars. An attractive and consistently-designed estate, it now forms part of the wider Magdalen Park Conservation Area.

The Conservation Area Appraisal describes the history of the development:

Under the Council’s control, the Fieldview Estate was redesigned by H. F. Murrell and R. M. Pigott FRIBA and was to be a significant departure from the Holloways’ scheme. The roads shown as No.1, No.2 and No.3 correspond to Tilehurst Road, Godley Road and Fieldview. Their plan dated November 1932 of the Fieldview Estate is shown below. A number of versions of this were proposed and a letter from Murrell and Pigott in January 1933 said:

‘The Borough Council have definitely decided not to build two storey flats – that is flats with common staircases and entrances. The site of this scheme is in a particularly good neighbourhood and the type of house erected has to maintain a good standard.’

On 3rd August 1933 permission was given for the final scheme, to be completed within 18 months from 24th July 1933. In fact what was built were flats disguised as terraced houses but with independent access via either front or side entrance doors and independent stairs to the first floor flats. Again, space for a church was allowed, but never built. 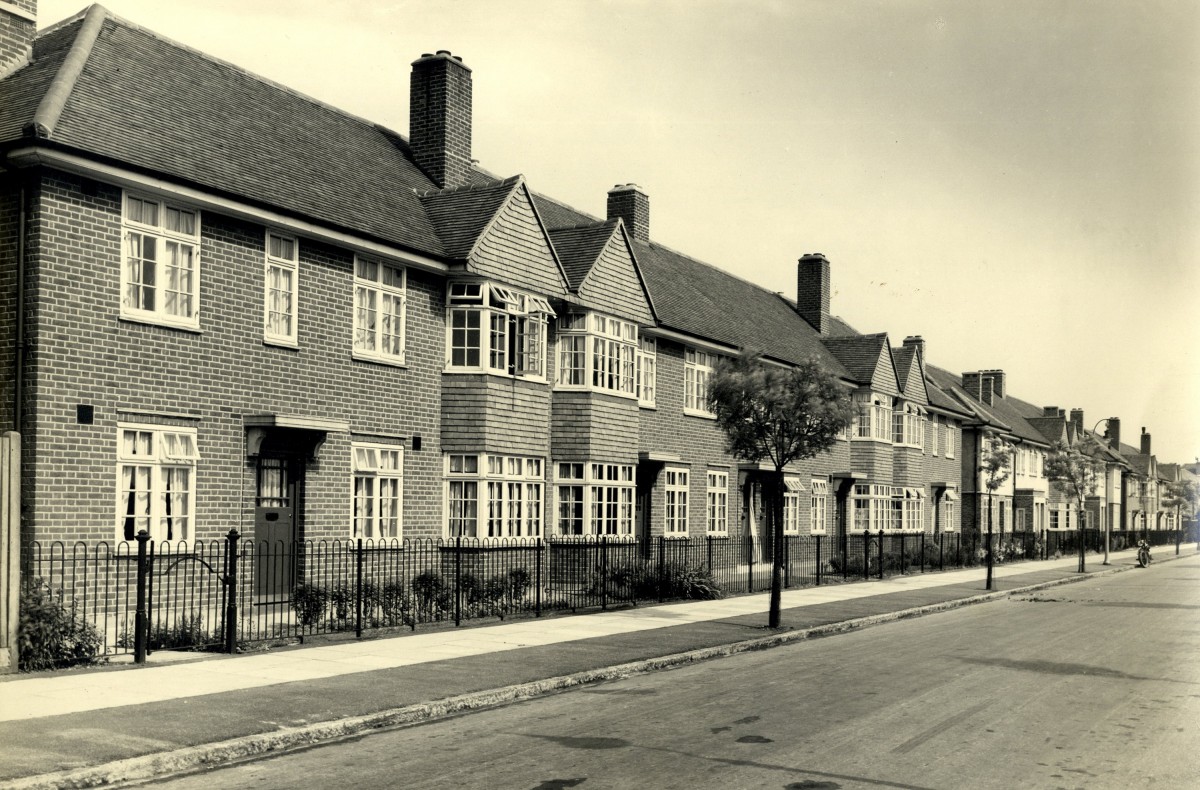 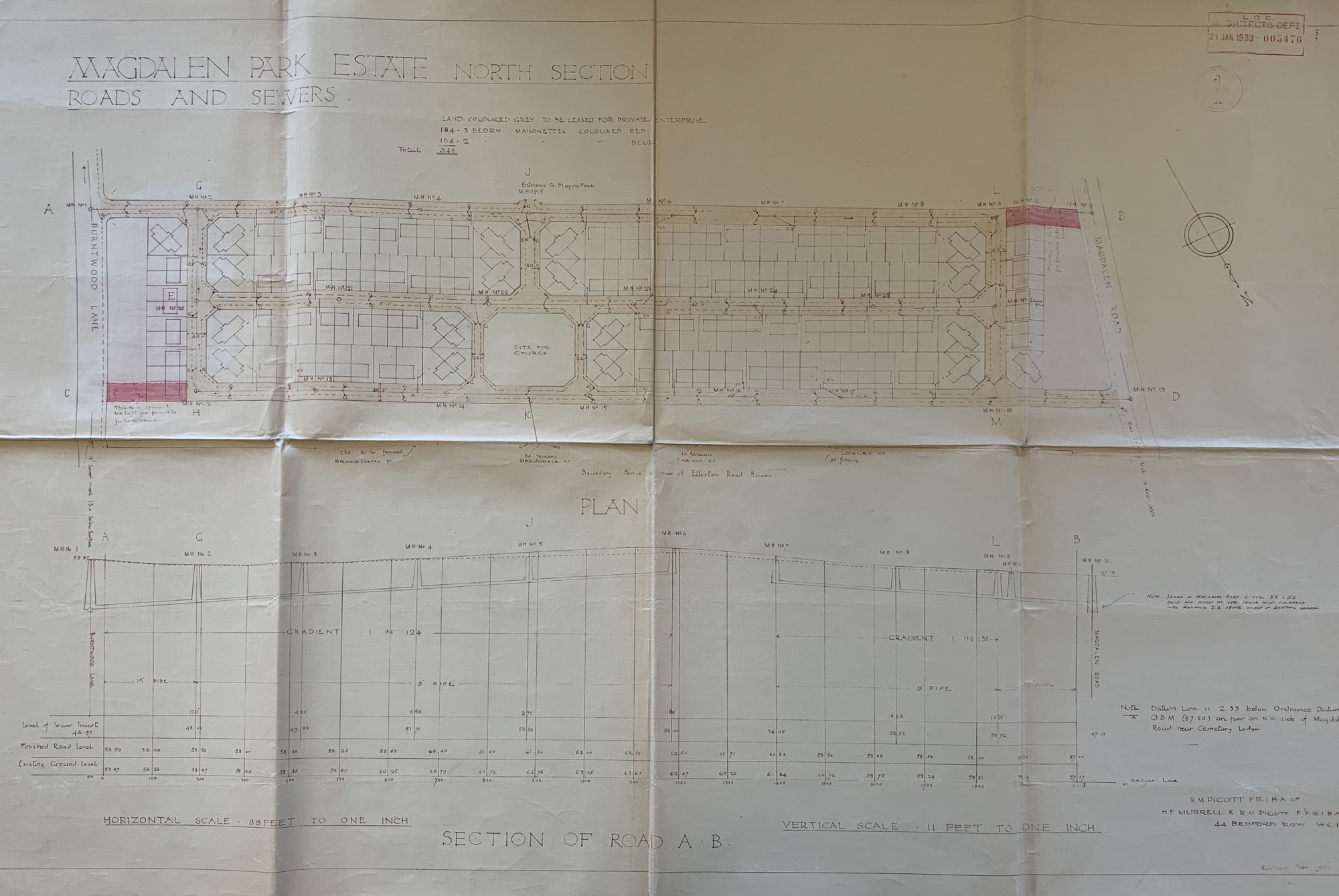 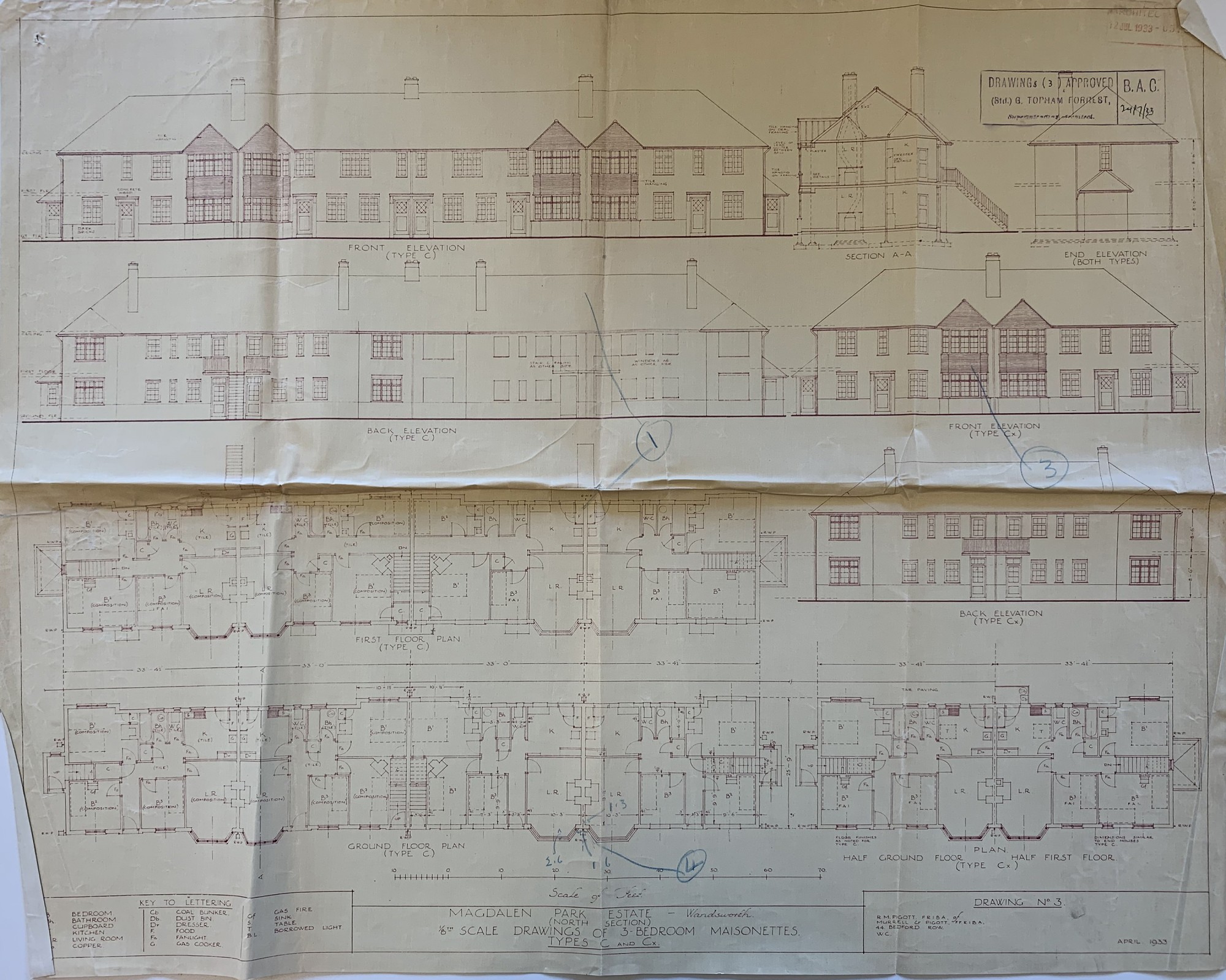 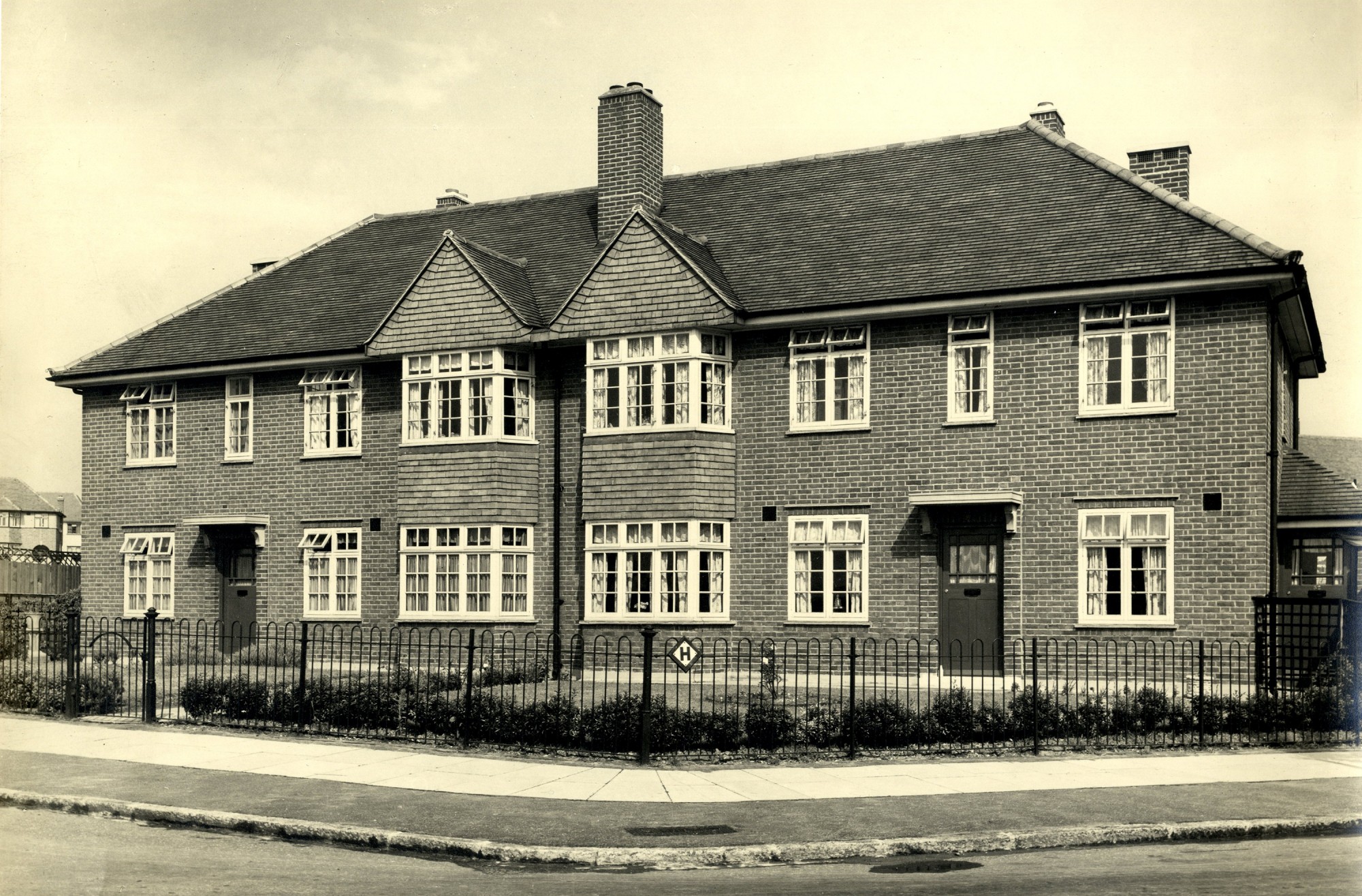 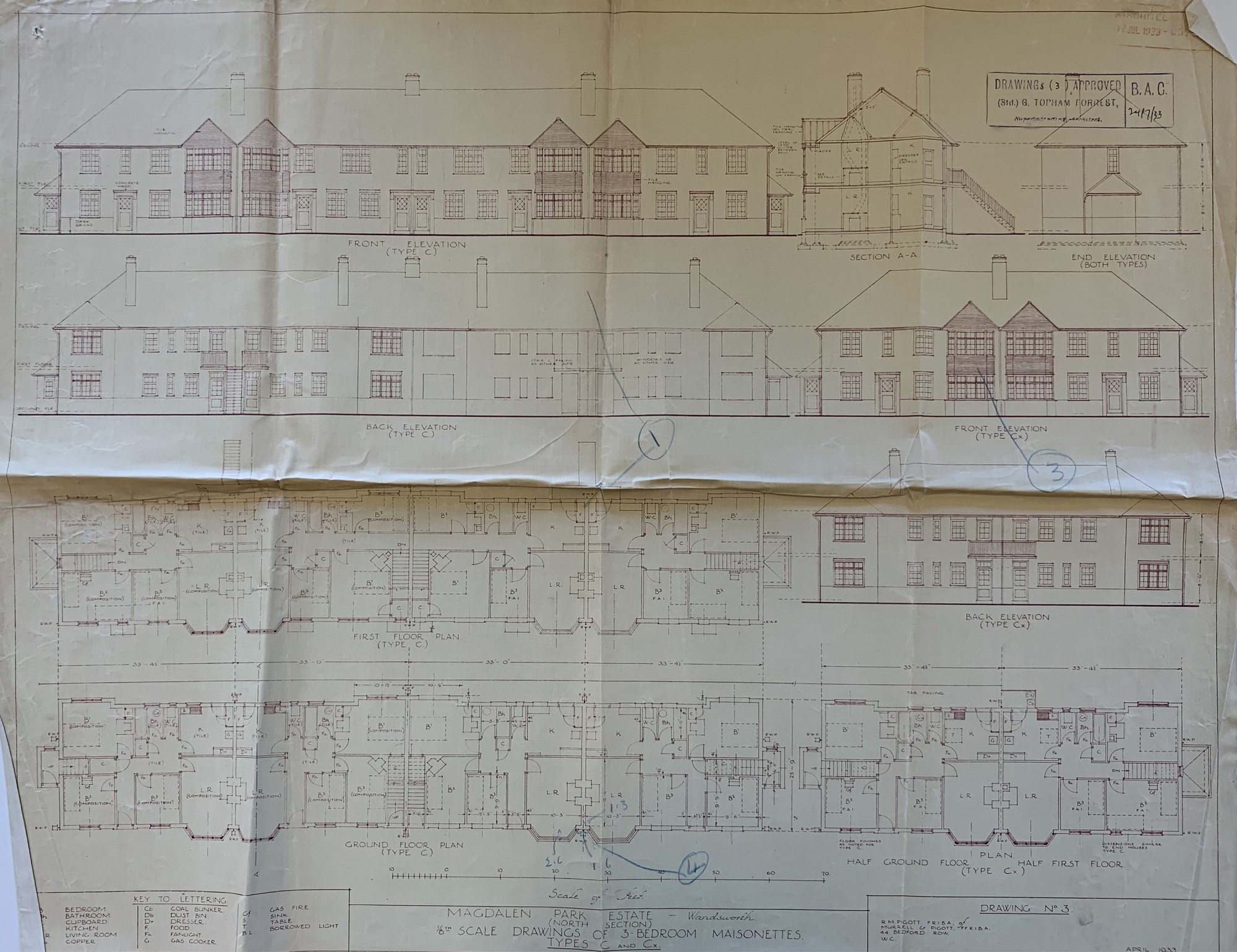 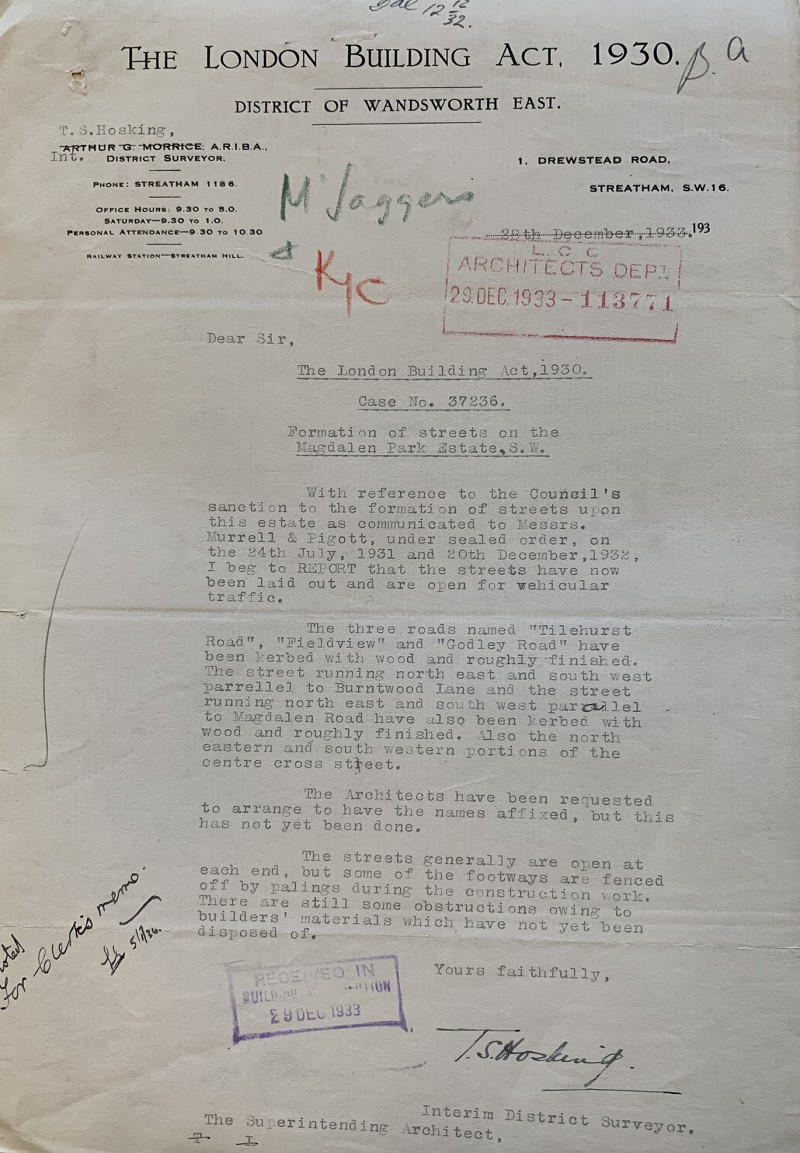 The December 1933 letter from the District Surveyor officially agreeing formation of the streets of the estate. 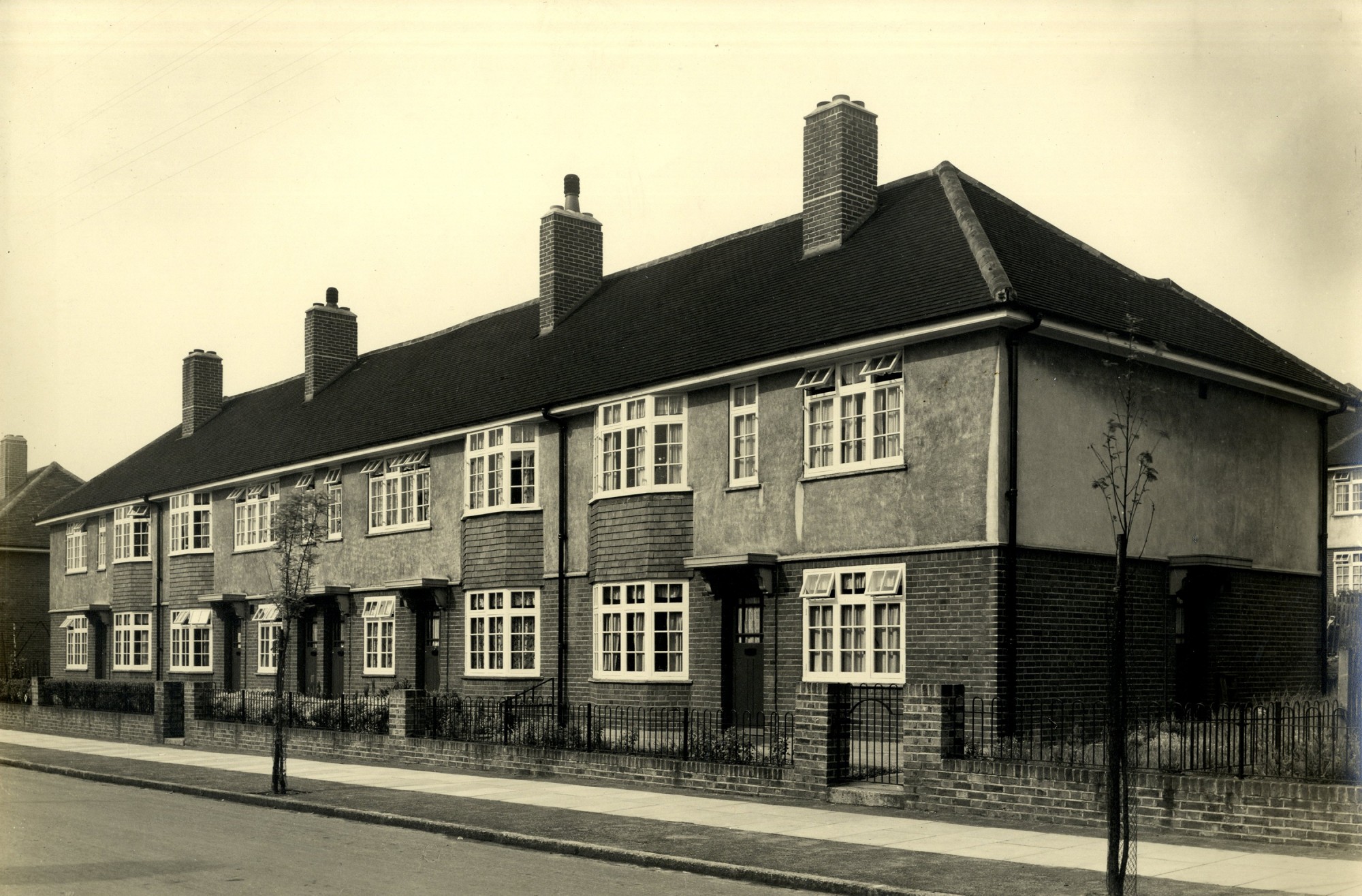