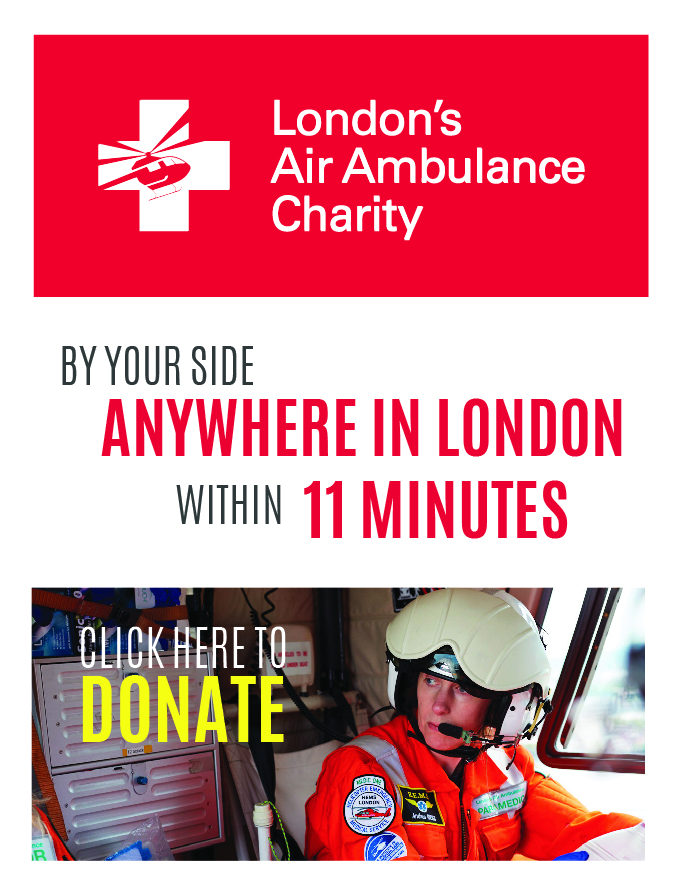 One morning in June 2018, staff at Mountford Pigott received a shocking email from the wife of retired senior partner Alan Gaskell. Alan started at Mountford Pigott in the 1960s, was a driving force behind the practice’s success since the 1980s and had only recently retired when the news reached us that he had been involved in a very serious road traffic accident… he had been on his bicycle at the time.

Alan’s memory of the accident and the following hours was partially restored by seeing the footage captured by the “24 Hours in A & E” film crew once he reached St George’s Hospital but the immediate aftermath of the crash has been pieced together from accounts by witnesses and first responders which is how he found out what happened in those first few minutes.

Although the accident took place in an area which is usually served by the Kent Surrey & Sussex Air Ambulance it was on call at the time so Alan was attended by London’s Air Ambulance and its expert advanced trauma clinicians. Alan sustained various bone and other injuries which took months to heal with the help of a team of specialist medics supported by the full range of diagnostic and imaging equipment that can be found in a modern hospital, however, in those first minutes after the collision it was London’s Air Ambulance team that made all the difference to Alan’s recovery.

Alan’s accident has given staff at Mountford Pigott new insights and understanding of London’s Air Ambulance Charity’s special work. Most of us think of ambulances (air or road) as vehicles which transport sick or injured patients to hospitals full of doctors and specialist equipment but the air ambulance can get senior doctors and paramedics to a patient in minutes where the LAAC team perform pioneering procedures greatly reducing the time between sustaining an injury and treatment. It came as a great surprise to many of us that this service is not funded as part of the NHS but is in fact reliant on charitable contributions.

We are enormously grateful to London’s Air Ambulance Charity for the role it played in Alan’s care and recovery following his accident along with all the other people whose lives have been saved or improved by the air ambulance’s rapid response. Consequently we are very proud to be supporting this charity in 2020 so that they can continue to provide this service for Londoners.